We were talking to a client recently who holds a large position in Apple inc and they kept saying that they believed that the company would do well in the future.

When asked why they believed  this they answered because it has made them so much money.

Apple has indeed performed extremely well and they were very lucky to end up working there rather than almost anywhere else. 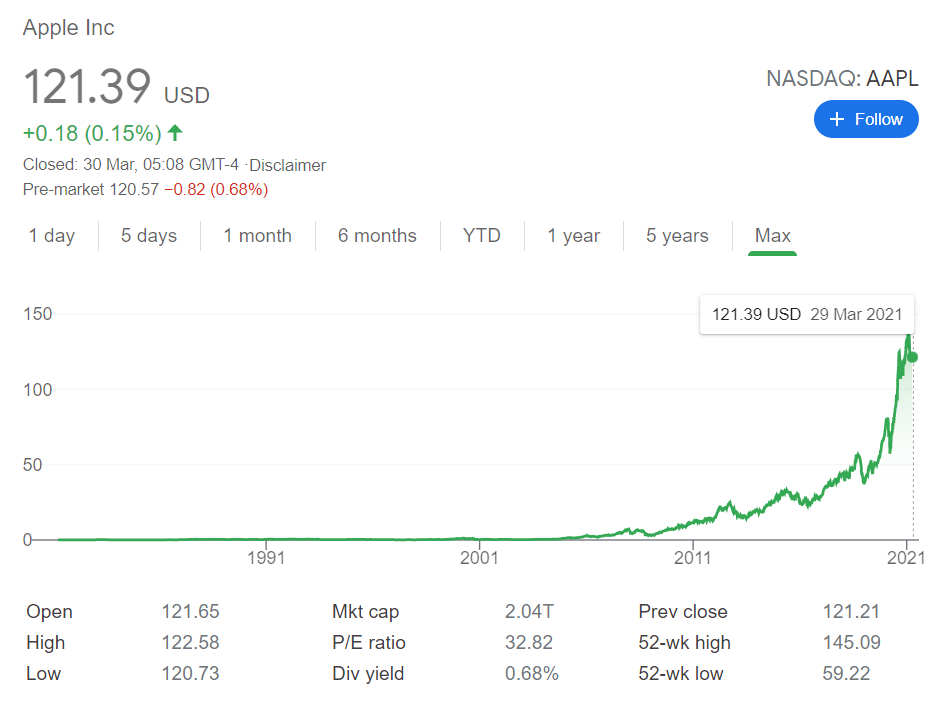 But they didn't fully appreciate the role luck played here,

Most stocks are flops: just 1% of stocks account for all market gains

Most stocks will cost you money. An even larger number make for lousy bets; instead of being rewarded for taking some risk, you’d likely be better off buying risk-free bonds. At least, that’s the case in the US, said University of Arizona finance professor Hendrik Bessembinder in 2017, following a groundbreaking study examining the performance of almost 26,000 US stocks over a 90-year period.

Picking the handful of stocks that deliver the bulk of investor returns is seeking a needle in a haystack and in order to have the best chance of earning the market return over the long haul investors need to own every stock in the market.

The conditions for creating substantial wealth, like a concentrated position in a single company are the exact opposite of the strategy required to retain wealth.

It's always the right strategy to sell down a large position in a single company regardless of how well the company has performed in the past simply because the future is unknowable.

Furthermore, the benefits from potential future gains reduce once we have "enough" money to do what we want to do whereas the downside risks can be catastrophic. Sean Quinn is the poster-boy in Ireland for that surely!

The biggest issue with buying or owning individual stocks is the emotions tied to them and the unwillingness to pay the taxes to protect capital/collect gains when it's time to sell.

A stock made me/my parents wealthy is not a reason to keep holding it.

In the book The one page financial plan, author Carl Richards describes a meeting with a client in which they describe their shareholdings like "stuffed toys"

Single stock positions are far riskier than most think. Investors often get married to a stock, especially if it made them wealthy, and don’t let go until it’s too late.

Is a diversified portfolio less risky with a better expected return?

Data from the US Market shows that 40% of the time, a single stock would have experienced a return of 0 or less than 0%.

About 2/3 of the time, a concentrated position in a single stock would have under performed the Russell 3000 index.

Winners can generate enormous returns, but the median stock under performs the index by about 10%

More than 40% of companies in the Russell 3000 index experiences a ‘catastrophic price loss’, defined as a loss of at least 70% from peak levels and that is not recovered.

It was early 2007 and I was chatting casually with a relative and they were telling me about how great their former employer was. They had made a lot of money, over €1m, holding onto stock options over the years and they were wondering what to do now.

As they lived in the UK I said the best course of action would be to sell the whole lot and put it into a Discounted Gift Scheme (a form of Inheritance Tax plan available in the UK) which would provide an income for life and a substantial inheritance tax benefit of around €400,000 in tax saved.

Ah yes, but in order to do that they would have to pay Capital Gains Tax now and the shares were given at a huge discount so there would be a lot of tax to pay now. The Capital Gains Tax would be less than the inheritance tax saved though.

Yes, but the dividend is so good they said.

But the dividend is taxed, the income from the discounted gift scheme would be a return of capital so you'd be better off.

They've been good to me, I think I'll hold on.

That company was Royal Bank of Scotland now known as Nat West Group and that free advice which, sadly, was not acted upon was worth over €1 million. 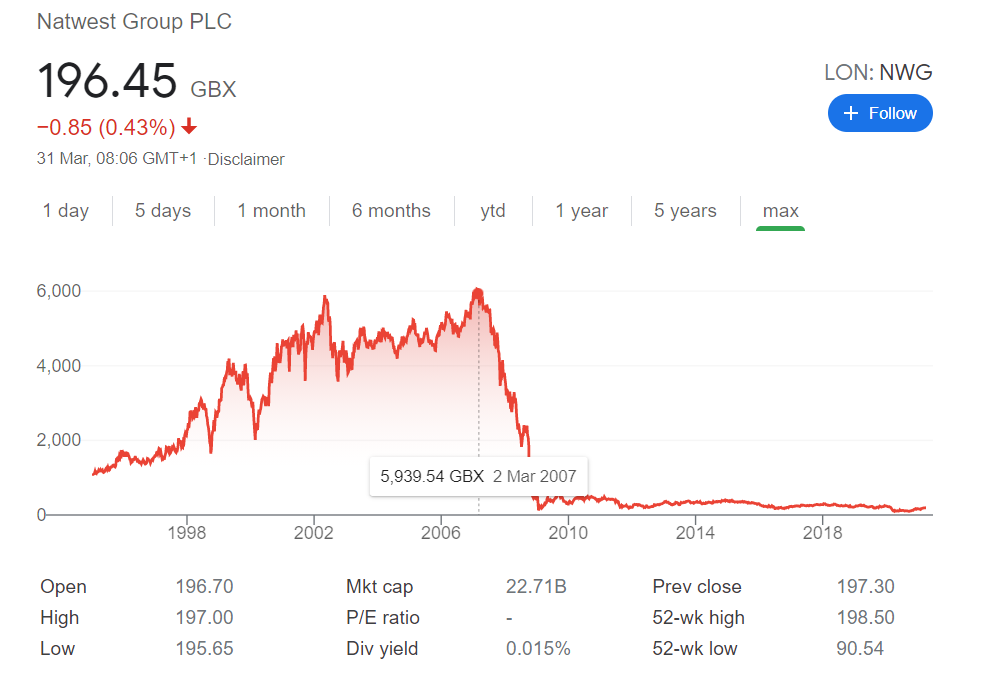 An initial chat   costs nothing and could save you a fortune.