If you would like to discuss your retirement plans, please get in touch

The amount you contribute and how early you start have an overwhelming impact on how much pension you can expect in retirement. Too many people save too little and start too late. 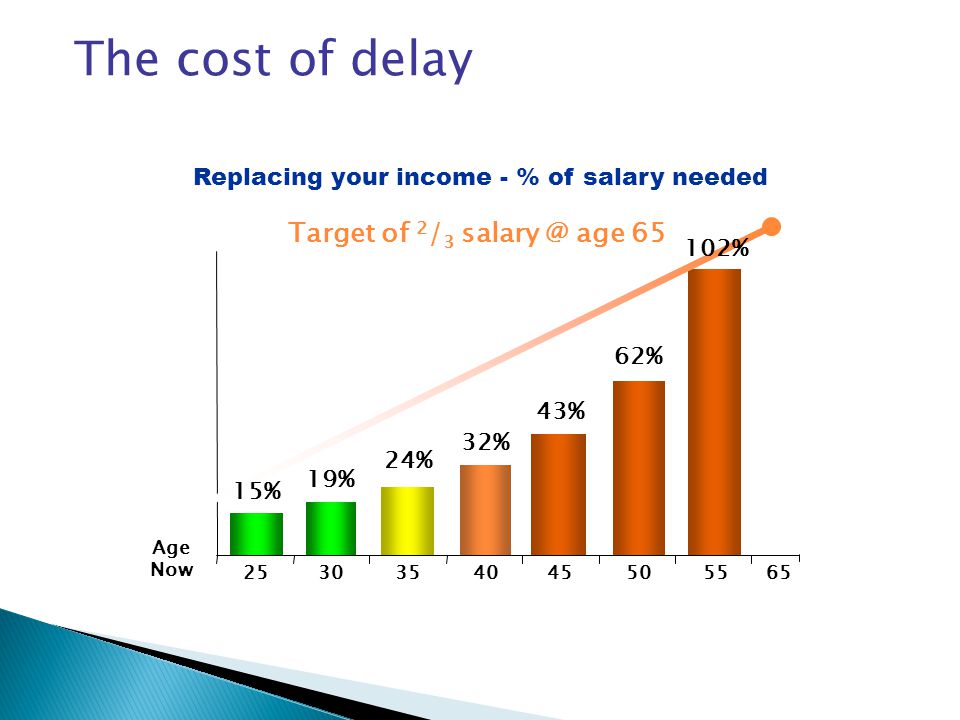 What is a defined benefit pension?

A defined benefit pension (also called a 'final salary' pension) is a type of workplace or occupational pension that pays you a retirement income based on your salary and the number of years you’ve worked for the employer, rather than the amount of money you’ve contributed to the pension.

Your employer is responsible for making sure there’s enough money in the scheme to pay you when you reach retirement. If your company gets into financial difficulty and can’t meet its pension commitments, in Ireland the following arrangements currently apply

Both defined benefit scheme and employer is insolvent

Defined Benefit Scheme is insolvent, but employer is not

Defined benefit pensions are increasingly rare, but you may have one if you’ve worked for a large company or a public sector organisation.

Private sector defined benefit pensions (and some public sector pensions) are funded, which means you can get a cash value for your pension and transfer this amount to another provider.

However, it’s important to understand that you’ll lose the promised retirement income. Instead, your pension money will be invested into a defined contribution plan, and the amount it’s worth on retirement will be based on how much you’ve contributed and how the investments have performed.

If you’re in an ‘unfunded’ public sector pension scheme, you won’t be able to move your pension. That’s because this type of pension uses the employer’s current income to pay pension benefits, rather than setting assets aside.


Withdrawing money from your occupational pension

Generally, your defined benefit pension pays you a retirement income, beginning at a certain age (60 or 65, for example). Your pension income typically increases each year to take into account the rising cost of living. When you die, a percentage of your pension can usually be paid to your spouse or civil partner or dependents.

Pensions have become progressively restricted in recent years with the amount of the Lifetime limit reducing from over €5M to now just €2m.

There are no zero cost and zero tax options so investors need to make a comparison between some different scenarios all of which could leave a financial benefit.

Defer the pension to age 75. If you die before you reach age 75 your spouse or civil partner receives the whole value of the fund tax free. No income tax, no capital gains tax, no CAT and no penalty tax if you exceed the lifetime €2m allowance.
Conclusion: life insurance with tax relief on the premium

2) Gross roll up.
Let’s say you invest in equities and the return is say 7.2%pa net of charges to keep the maths easy.
Now let’s say a fund held directly also pays 7.2% net of charges but is subject to personal tax.

So let’s assume that you always have a marginal rate of tax of 50% and that you’ve used up all your lump sum entitlement. Taking that €20,000 as a lump sum fully taxable at your highest marginal rate is still going to leave you with a net €10,000 compared to €7,950.

In effect you received an interest free loan from Revenue and the difference is the gain on the income tax deferred.

So a pension gives you gross roll up relative to any other option you will have a larger gross fund in the future and the longer you leave it the more this will compound in your favour.

4) Not all of your pension is taxable.

In this example ; 95% of your ARF is not subject to tax. See earlier argument about gross roll up.

Assume your ARF grows by 5% net pa every year so the value rises back to €1m every year.

Effectively your ARF hasn’t paid any tax it’s constantly deferred. You are only paying income tax on the income distribution not the original tax deferred capital.
When you die your spouse or civil partner inherits the ARF then adult children inherit at a rate of 30% which doesn’t count towards the CAT thresholds so these are also available.

Had you held those assets personally and the CAT thresholds had been used up then the kids would pay an additional 3% tax €30,000 tax saved

6) Transfer your pension to another EU Country

For those with higher salaries and therefore larger pension transfer values, it may be beneficial transferring to another EU country in order to access the pension benefits more tax efficiently. For example, some countries allow up to 30% of the transfer value to be paid as a tax-free lump sum.

If you would like to discuss your retirement plans, please get in touch