We frequently read the misguided view that people who are going to be paying 40% tax in retirement should not bother paying into a pension through additional voluntary contributions (AVCs) since they won’t receive any benefit.

Misunderstandings about two different types of tax rates often create confusion in discussions about taxes. A taxpayer’s average tax rate (or effective tax rate) is the share of income that he or she pays in taxes. By contrast, a taxpayer’s marginal tax rate is the tax rate imposed on his or her last euro of income.

In Ireland, a Taxpayers’ average tax rates are lower — usually much lower — than their marginal rates. People who confuse the two can end up thinking that taxes are much higher than they actually are. 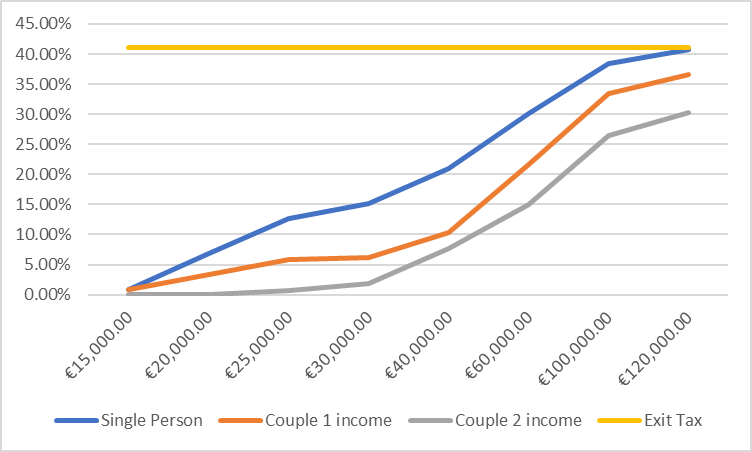 We can see that compared to Exit Tax which is always applied at a flat 41% with no reliefs available, Income Tax is a progressive tax and PAYE workers in Ireland don’t pay an effective rate of tax higher than the current rate of Exit Tax on household incomes under €120,000 and for a couple with two incomes the breakeven point is considerably higher.

We can see that given a choice between more pension income or investment income in retirement, retirees should conclude that it is only very high earners who will potentially benefit from investment taxation at Exit Tax rates.

Why is the average tax rate generally much lower than the marginal tax rate?


In the graph above we can see that a married couple with two incomes with an income of €60,000 faces a top marginal tax rate of 40% plus PRSI and USC, so they would commonly be referred to as “being in the 40 percent bracket.” But their average tax rate — the share of their salary that they pay in taxes — is only 15 percent, as explained below. 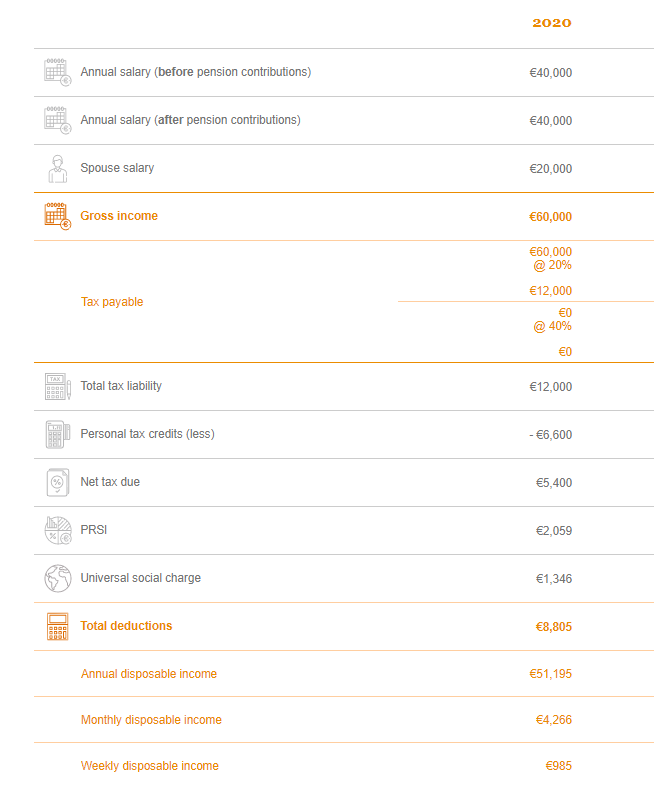 1. Because of deductions, not all income is subject to taxation


In the example above, the couple can each claim personal tax credits totalling €6,600 pa in the tax year 2020. Subtracting that from the couple’s tax liability is providing tax relief at the marginal rate of 40%.

2. The top marginal tax rate applies only to a portion of taxable income


As the analysis above shows, because both partners have an income, they are making effective use of their 20% tax bands, in this example none of their income is subject to 40% tax. 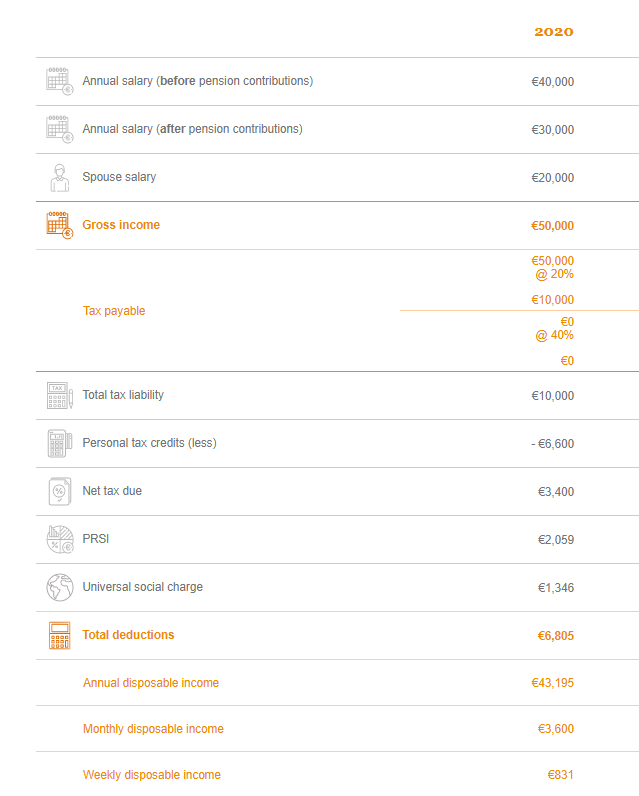 We can see that even through this family is “only” receiving 20% tax relief on their pension contribution, it is still an effective way of saving for retirement.

For a more detailed analysis, please see our guide here